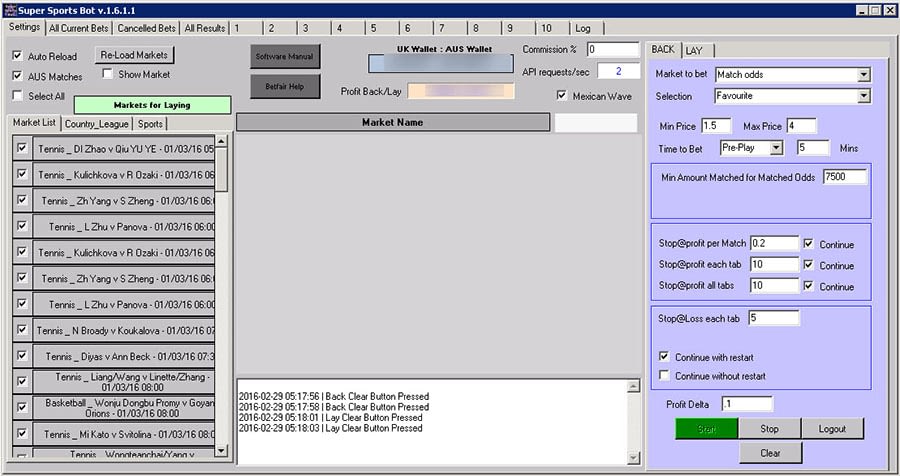 L7N Longshots Review: High Odds Betting Tips
We reviewed L7N Longshots each way horse tipping service for three months and they gave us a great profit of £1014.70, which was an average of £338 per month using £10 stakes. At an ROI of 25.3%, we awarded them with an easy pass rating.
Read More
Predictology Review: Football System Builder and Tips
Predictology is a football betting strategy builder that allows you to analyse 300,000+ matches to find profitable bets in a matter of seconds.
Read More
Winning Footy Tips Review: Profitable Football Tipster
Winning Footy Tips banked 33.01 points profit (45.8% ROI) during our review. This football tipster offers a guarantee so you can follow risk-free for 60 days.
Read More
Trademate Sports Review: Value Betting Software
We made £17,685 profit in our Trademate Sports review, the web-based software that finds value bets for a variety of sports based on your chosen filters.
Read More
Each Way Value Tips Review: Horse Racing Betting Service
Each Way Value Tips was regularly topping the leader board for overall profit and boasted a higher long-term ROI than many of the other established horse racing tipsters at the time. It was easy to see why with an overall profit of 108.69 points at an ROI of 12.4% at the end of our four month review.
Read More
Little Acorns Gold Review: Horse Racing Lay Betting System
Little Acorns Gold is horse laying system, with all bets sent out to you daily. We made consistent profits during our eight month review and awarded a pass!
Read More