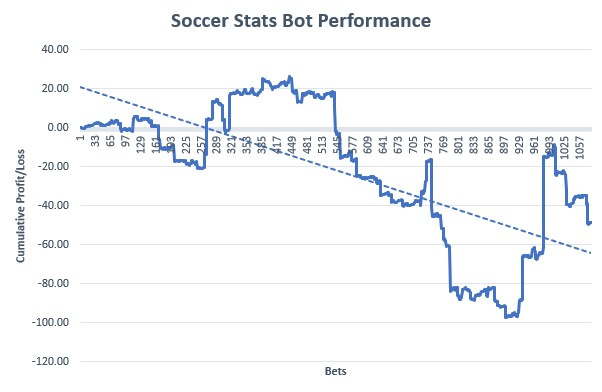 TradeShark Tennis Review: Trading Guide and Daily Advice
TradeShark Tennis is a trading service that goes above and beyond, with a small one-off payment that gives you a trading mentor for life. Community and support seem to be the heart of the service, with Paul on hand to give advice along the way.
Read More
Russell Blair Racing Review: Horse Racing Betting Tipster
Russell Blair Racing is a horse tipster who sends out high odds selections each evening. We followed the tips for three months and banked 70.5 points profit.
Read More
20 Minute System Review: Golf Value Betting System
We made 34.5 points profit in just two months during our 20 Minute System review. Mike Cruickshank's golf value betting system earned an easy pass rating!
Read More
Crypto With Kash Review: Cryptocurrency Advice Service
Crypto With Kash is a cryptocurrency recommendation service, delivering a fortnightly newsletter with the latest portfolio advice. Read our review here.
Read More
Trademate Sports Review: Value Betting Software
We made £17,685 profit in our Trademate Sports review, the web-based software that finds value bets for a variety of sports based on your chosen filters.
Read More
5 Star Bot Review: Automated Betting Software
5 Star Bot is a web-based betting bot designed to automate bets for Betfair horse racing and greyhound markets. It is an ideal solution if you don’t have access to a VPS because it runs on its own server 24/7 and you can access it from any device.
Read More