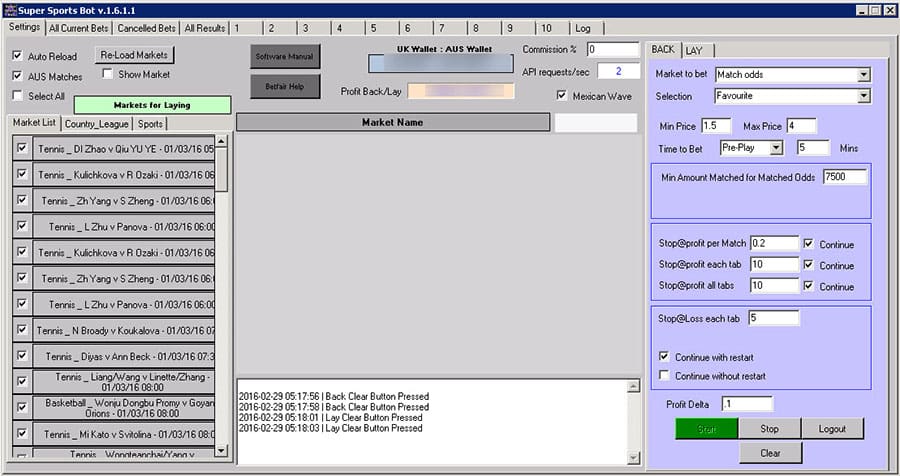 Football Bankbuilder Review: Lay Betting System
Our second trial of Football Bankbuilder turned out to be even better than the first one! Not only do we stand by our original rating, we feel even more confident about the system now.
Read More
Bets For Today VIP Review: Betting Tips Package
Bets For Today VIP turned out to be a profitable set of betting systems, making 30.16 points profit during our three month review at an ROI of 9.3%. It gets a pass from us!
Read More
Match Day Profits Review: Low Risk Betting Tips
Match Day Profits is a football betting service from Paul Ruffy that uses low-risk bet strategies to take advantage of bookie offers. Read our full review here.
Read More
Rendlesham Racing Review: Horse Tipping Service
Tipsters Empire were sure Rendlesham Racing were going to make big noise in the horse tips industry and we totally agreed after an impressive review performance.
Read More
Assured Soccer Profits Review: Correct Score Trading System
Assured Soccer Profits is a low-risk football trading strategy which focuses on the Betfair Correct Score market. We tested it out and here is our full review.
Read More
Quentin Franks Racing Review: Reliable Horse Racing Tipster
Quentin Franks Racing is a horse racing tips service that has stood the test of time. We made 46.1 pts profit at an ROI of 8% in our review and gave it a pass.
Read More