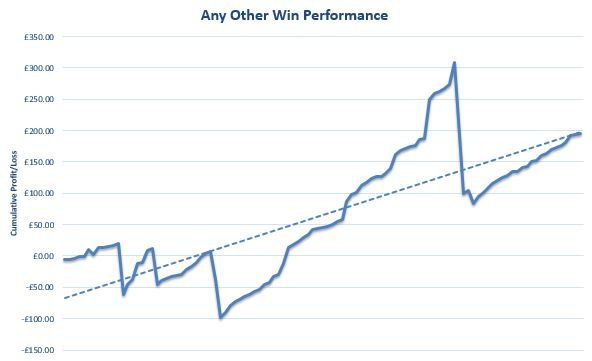 Race D Base Review: Horse Racing Statistics Software
Race D Base is ideal for analysing data and creating your own horse racing betting systems. It is essentially a database which compiles historical and daily data from a number of sources.
Read More
Each Way Sniper Review: Low-Risk Horse Racing System
Each Way Sniper is a low-risk horse racing betting system which exploits EW markets. During our one month review, we made £149.83 profit from 37 bets (only 2 losing bets).
Read More
Value Tips Review: Horse Racing Value Bet Scanning Software
The Value Tips service identifies horse racing value bets. During our three month review, we banked 32.68 points profit with most of it coming from the scanning software.
Read More
Dobbin Day Review: Horse Racing Trading Software
After finding our feet in the first part of our Dobbin Day review, we managed to make a steady profit in month two and three, finishing with an overall profit of £26.01 to £5.00 stakes or 5.20 points. This works out as a modest 10.4% increase to our £250 starting bank.
Read More
Football Accumulator Tips Review: Acca Betting Service
Football Accumulator Tips delivered consistent profits at an impressive 20% ROI. That was higher than any other football tips services that we had reviewed to date.
Read More
The Judge Review: Profitable Greyhound Betting Tipster
Greyhound racing tipster 'The Judge' boasts impressive long-term results. During our three month review, we banked 79.56 points profit at 11.2% ROI.
Read More