Soccer Tip is a football betting service which focuses their match selections on the over 2.5 goals market.

Soccer Tip is run by maths graduate Louise. She stated that she doesn’t know a great deal about the ins and outs of football, but what she does have is great skill in mathematical analysis and a long-term edge.

At the point of this review, Soccer Tip provided bets for four leagues – England League One, Scotland Premiership, North America MLS and Finland Ykkonen. This meant the service ran consistently throughout the year.

Our Soccer Tip review ended with a neutral rating.

PokerSnowie Review: Poker Hand Analysis & Coaching Software
PokerSnowie is advanced poker hand analysis software which advises optimal plays. It’s like having your own personal poker coach available 24/7.
Read More
Jolly Lock IP Review: Stop Those Snooping Bookies
Have you ever been bonus banned, had stakes limited or even had your account shut down at an online bookmaker? Well, Jolly Lock IP is a virtual desktop that has been designed to combat this problem by completely blocking any spyware and protecting you from the bookie’s prying eyes. Click here now to read our full review.
Read More
Vision Racing Review: Horse Tipping Service
With 3 out of 3 winning months, we banked a total profit of 54.84 points at an ROI of 37.8% in our Vision Racing review and BSP results were even better!
Read More

Over the three months of our review, we had made a loss of 11.65 points at the available odds from the 73 selections that we had received so far.

A small profit in our final month but sadly not enough to make a recovery and we ended the review with a loss of 8.04 points. 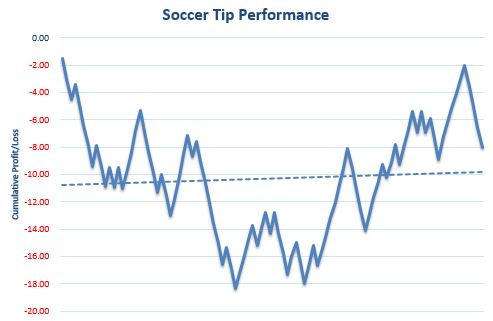 We found that the odds often shortened quickly after receiving the emails and this had an impact on our results, with an overall difference of 2.32 points in comparison.

Each selection also had the "true odds" calculation from Louise. On a few occasions we found that the advised odds were very close to the true odds, meaning the value was slim.

After weighing everything up, we decided that a Neutral rating was fair.

Soccer Stats Bot Review: Betfair Football Betting Software
The Soccer Stats Bot places back and lay bets on Betfair based on your own customisable filters, allowing you to easily automate football betting systems.
Read More
Early Odds Review: Horse Racing Betting Tips
Early Odds is a value horse racing betting service which banked a profit both times we trialled the results. We highly recommend taking a look at this tipster.
Read More
Super Sports Bot Review: Automated Multi-Sports Betting Bot
Super Sports Bot automates betting for many sports including tennis, cricket and American sports. Our reviewer made £47.86 profit in just two months.
Read More
Bet Less Win More Review: Betfair Horse Racing Tips
Bet Less Win More's "slow and steady wins the race" approach paid off banking us £434 profit at an ROI of 15.2%.
Read More
Trademate Sports Review: Value Betting Software
We have reached the end of our Trademate Sports review after testing the software for just over four months. On the whole we have had a positive experience, but we have picked up on a few things that we feel would help to get the best out of the software and give a higher return.
Read More
Football Winner Review: Match Odds Betting Tips Service
It's not often that we come across a profitable football tipster, but Football Winner managed to make the grade and delivered a total profit of 71.8 points overall.
Read More

Soccer Tip is a football betting service which focuses on over 2.5 goals match selections. We tracked the results over four months and recorded their progress.