Magic Soccer Bot Review: Football Betting Software
Magic Soccer Bot automates lay betting on Betfair correct score markets. We trialled it for three months and made 16.5 points profit with very little effort.
Read More
The Inside Man Review: Football Betting Tips Service
The Inside Man, or Adam Cheng as he's better known, proved that his experience within the industry has given him an edge against the bookmakers, delivering £646.50 profit at an ROI of 11.8%.
Read More
Profit Maximiser Review: Low-Risk Matched Betting
Profit Maximiser shows you how to profit from sports/casino/bingo promotions. During our review, we banked £391.12 profit and it really couldn't have been any easier!
Read More 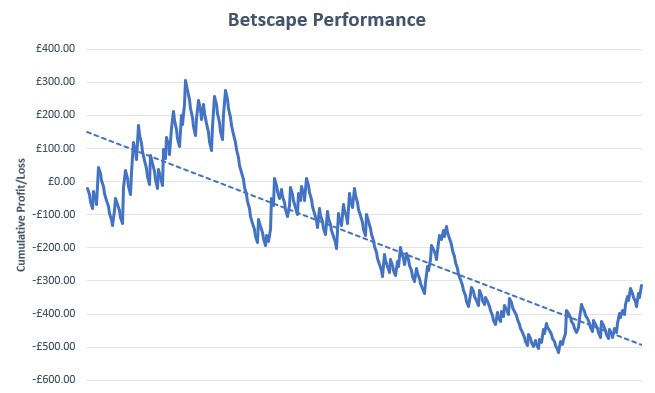 Football Bankbuilder Review: Lay Betting System
Our second trial of Football Bankbuilder turned out to be even better than the first one! Not only do we stand by our original rating, we feel even more confident about the system now.
Read More
Merlin Results Radar Review: Treble Betting System
In our Merlin Results Radar review we were able to make a profit of 47.82 points from 12 sets of trebles, making it a "pass" for this excel based betting system.
Read More
The Goat Review: Tennis Tipping Service
We're not sure if The Goat is an acronym or a highly intelligent goat, but this tipster sure knows their tennis, achieving a 6.8% ROI during our review.
Read More
CopyBet Review: Automated Betfair Tipster Betting
Like the idea of being able to automatically copy someone else's bets? In our CopyBet review we go through the main features of this social betting platform.
Read More
Each Way Sniper Review: Low-Risk Horse Racing System
Each Way Sniper is a low-risk horse racing betting system which exploits EW markets. During our one month review, we made £149.83 profit from 37 bets (only 2 losing bets).
Read More
Hanbury Racing Tips Review: Big Value Horse Racing Bets
Our Hanbury Racing Tips review turned out to be the most successful tipster review to date, with three out of three winning months and a massive 176.24 points profit banked.
Read More